Mellow launched a new high-performance hotend in the form of the NF-Zone. It promises excellent thermal performance and even fanless operation with specific conditions so let’s test this and see if the NF Zone lives up to the expectations.

The NF Zone comes in a plastic box with all the required components. Besides the hotend, you also get a metallic mount and a silicone sock for the heatblock.

Why NF Zone instead of other hotends?

The main benefit for using a NF Zone instead of a different hotend with a bi-metal heat-break is the removal of another interface between it and the heatsink. The NF Zone heat break is cooled directly by the heatsink while in the case of other hotends, the heat needs to pass from the heat-break to the copper thread, then from the thread to the heatsink.

What I like best compared to other hotends is the lightness. The NF Zone weighs just around 20 grams (for the aluminum version) which is really light, making it a great choice for a fast bowden 3D printer.

In the pictures below you can see the NF Zone next to the regular Creality hotend present on machines like the Ender 3. You can also see the heatsink difference compared to the popular V6 hotend.

The NF Zone has a machined aluminum heatsink with thin fins to dissipate heat better. On the bottom section, there are two M3 screws which tighten the heat-break. It’s really important NOT to tighten these screws too much because you risk cracking the ceramic heat break.

The heat break used in the NF Zone is made from ceramic. The main benefit of using this material is the poor thermal conductivity it has making it a great choice for a heat break.

Besides the poor thermal conductivity, it also has non-stick proprieties similar to the PTFE tubes, but without the it’s drawbacks like damage from temperatures higher than 240C.

My NF Zone is the Set 1, which is comprised from the aluminum heatsink, a regular V6 aluminum heatblock and a NF Sharp brass nozzle.

The difference between the NF Zone and the NF Zone CR-10 is the type of heatblock used, and the filament clip used on the top. For an easy drop-in replacement, I recommend you buy the correct version according to your machine.

Right now I could not find any replacement heat breaks on the Mellow store but I am sure that they will show up soon.

You should be able to replace nozzles like you do it with different hotends, but it’s imperative to do it with care and keep the heatblock in a fixed position when tightening the nozzle.

Thermal performance for the NF Zone

The hotend was installed on my Ender 5 Plus in its stock mount using the stock Creality Fan. Because I wanted to use the same copper heatblock I had with the NF Smart, I chose to keep it.

I first tested the NF Zone temperature performance with no fan, to better asses the thermal performance of the heat break. As you can see, the results are nothing short of amazing considering that no active cooling was present. These temperatures are close to what you get with an active cooling fan on a regular PTFE lined hotend.

The heat break performs really well and the small amount of heat that gets passed form the heatblock is easily dissipated by the heatsink.

The second thermal test was done with the stock Creality fan installed on the Ender 5 Plus. Temperatures are much better (as expected) and I’m sure this hotend will perform well under any conditions.

In the product description for the NF Zone, Mellow describes an experiment they did. With a 25C environment temperature and the hotend set to 195C they managed to print PLA with no active cooling.

These are pretty bold claims, so it’s worth checking. In order to test this, I installed the NF Smart on my Ender 5 Plus and tried to replicate the same conditions.

Of course, it’s not recommended to print with a fanless hotend, but if the hotend is able to live up to it’s claims, then it will be possible to use a low-rpm silent fan, like a Noctua making your printer more silent without hindering its performance.

The room temperature was around 23C and the hotend temperature was set to 190C. As you can see, the print completed successfully and there was no issue with retractions or heat creep.

I also attached a video where you can see the hotend printing the benchy with no active cooling to the hotend.

To push testing further, I printed the same benchy at 210C, and it worked well. There was no sign of heat creep on the hotend.

I think that 210C is the highest temperature where the hotend can print with no active cooling. I tried printing PETG at 230C but the print failed because of a clog.

I printed the Creature model from Thingiverse using my Ender 5 Plus equipped with the NF Zone hotend, with a 0.6 mm nozzle size. This was a 48h print and I used close to 1 roll of filament. In the end, I was left out with this huge 370mm creature print.

To avoid issues with the heat break turning and causing leaks, Mellow instructs us to first install the nozzle in the heatblock before installing the hotend on the machine.

Of course, like with any new hotend installation, you need to calibrate the new Z offset. You can do it by following this Youtube video from 3DMN.

For best results, it’s also important to do a PID tuning to ensure that the temperature is constant and the PID algorithm works well with the new hotend.

Is the NF Zone worth buying?

Yes! There’s no doubt about this. The thermal performance is one of the best you can get right now with any kind of hotend available on the market. The hotend is light making is an excellent replacement for any 3D printer, especially for Delta or Core-XY printers which benefit from a light hotend in a bowden setup.

Of course, you can get good thermal performance with other hotends like the NF Smart, SliceEngineering Copperhead or even a regular V6 with a bi-metal heat break. But right now, the NF Zone is the best I’ve tested.

It’s not as cheap as other hotends like the NF Smart or a regular V6 with a bi-metal heat break. It also has the drawback of being a bit more delicate and if you change nozzle often the process takes a bit more time, but in my opinion, it’s worth it.

Where to buy the NF Zone?

The NF Zone can be purchased from the following websites: 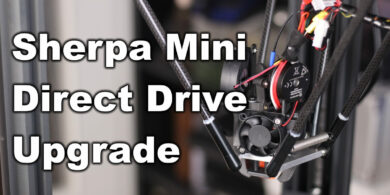 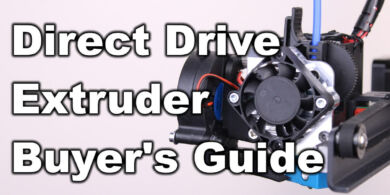 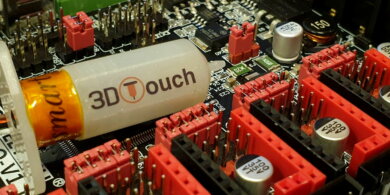 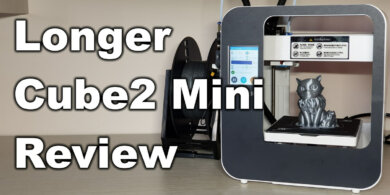