The Trianglelab Spiral Tower hotend is another bi-metal hotend available for people who are looking to upgrade their printer for better print quality and higher temperature printing.

It’s somewhat similar to the NF Smart hotend made by mellow, so let’s see hot the Trianglelab Spiral Tower performs and if it’s worth considering it for your 3D printer.

The Trianglelab Spiral Tower hotend has three parts. First, it’s the aluminium mounting solution. According to what you order, you will get the V6 variant or the Creality mount.

Next, we have the copper part which is basically the all-meatal heat break installed directly in a copper heatsink. This should improve the thermal capabilities of the Spiral Tower hotend, but we’ll talk about this a bit later. This heat break is screwed inside the aluminum mount.

The machining quality is the what you would expect from Trianglelab. There’s a reason why their products are a bit more expensive, and that’s reflected in the quality they produce.

Ender 6 and the Trianglelab Spiral Tower

I received the Creality variant of the Spiral Tower Hotend, so I installed it on the Ender 6 which I reviewed a while ago.

The installation process is quite easy, and I must say that the Spiral Hotend is a drop in replacement for the stock hotend which doesn’t need any kind of alterations to be installed on a Creality printer.

In order to properly test the thermal performance of the Trianglelab Spiral Hotend, I measured the temperature inside the heat-break using a multimeter with a temperature probe. The probe was inserted in the heat break just above the transition zone and the end was touching the inside metal wall.

The Spiral Tower hotend was installed on my Ender 6 in its stock mount using the stock Creality Fan.

I recently got a CAT S62 Pro which has a FLIR thermal camera, so now I can also show you some images with hot the Spiral Tower hotend looks like when it’s heated up.

In this FLIR shot you can see the temperature difference between the heat block (with the silicone sock on) and the heat break, with a set temperature of 210C. Please note that because of the shiny surface, the temperatures detected by the FLIR cam can be a bit inaccurate.

The thermal performance of the Spiral Tower hotend looks a bit better than the NF Smart, but we need to consider the ambient temperature difference between the tests. This time, the temperature was about 4C lower and that translates into lower heat break temperatures. In real life, I don’t think these hotends are very different when it comes to heat break temperature.

To compare the print quality, I printed a 3D Benchy with the same filament and settings from my Ender 6 Review. I only changed the Z seam location and the retraction value (3mm). The Benchy on the right is the one printed using the Spiral Tower hotend.

If you look closer, you will see that the Benchy printed with the Spiral Tower is shinier. This is caused by the better thermal transfer inside the heat block. The filament is able to take a bit more heat with the new hotend, compared to the stock one even tough the print temperature is the same (215C)

I also printed the Witcher Wolf Medalion scaled to 300% to check the print consistency on a longer print. Unfortunately, I forgot to align the Z seam so there’s some imperfections on the print surface. But other than that, I think the print looks quite good and the extrusion quality is decent.

Is the Trianglelab Spiral Tower worth it?

If you are looking to upgrade your regular PTFE-lined hotend, then the Spiral Tower could be a good alternative. In my opinion, the Spiral Tower doesn’t have any particular benefits compared to the copper NF Smart Hotend from Mellow which is cheaper and it’s also delivered with a copper heat block.

They have the same build quality and performance is similar, so whatever hotend you pick from these two should give you much better performance compared to stock when it comes to thermal performance.

For the Ender 6, the print quality has not improved significantly after upgrading to the Spiral Tower, but I was able to lower the retraction value to ~2.7 mm and minimize oozing. Besides that, there’s no PTFE tube which can get damaged over time due to it’s proximity to the nozzle.

I will let you decide if these benefits are worth it or not, but for me it’s totally worth it and I would recommend upgrading any PTFE-lined hotend with an all-metal variant, whether it’s a Spiral Tower, NF Smart or even the original Slice Engineering Copperhead.

Where to buy the Trianglelab Spiral Tower?

The Spiral Tower hotend can be purchased from the following stores:

The Trianglelab Spiral Hotend was provided by Trianglelab for the purpose of this review. While the article includes affiliate links, all opinions are my own. 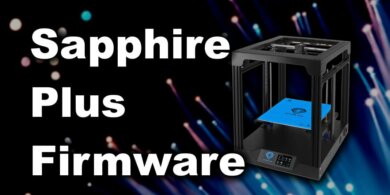 Sapphire Plus Firmware – Based on MKS 2.0.2 (only for 1st gen printer) 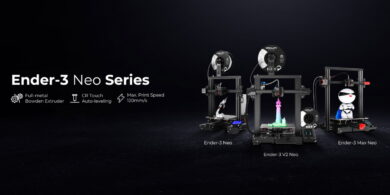 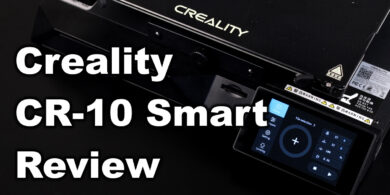 Creality CR-10 Smart Review: How smart it really is? 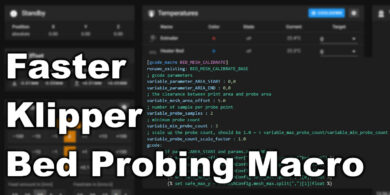