In this article, I will share some information about a few of my favorite direct drive extruders. These extruders can make quite a substantial difference in print quality, depending on what problem you are looking to solve.

Why buy a Direct Drive Extruder?

The main reason to buy a direct drive extruder is to have better control of your filament. Because the filament path from the extruder to the nozzle is much shorter compared to a bowden setup, you will be able to tune your extrusion much easier.

Retraction will be much lower compared to a bowden setup, and you can even set it to 0 with some direct drive extruders and proper calibration of linear advance/pressure advance.

There’s also a drawback for direct drive extruders and that’s weight. Because the motor is next to the hotend and it moves during printing, you won’t be able to push speeds as high as with a bowden setup. Even so, regular speeds of about 60mm/s should be easily achieved without much ringing.

Another benefit of running a direct drive extruder is the possibility of printing flexible filaments, like TPU, TPE, Ninjaflex and others. With a bowden setup, you will be severely limited by the speed you can print these materials, and on some printers it’s not even possible.

A lot of people upgrade to a direct drive extruder specifically for printing flexibles faster and with better quality.

The BIQU H2 has just launched recently and it’s my favorite extruder right now because it the lightest and most compact extruder I have ever used.

Besides this, the filament path is really small allowing you to print super flexible filaments with ease. But besides flexibles, it can be upgraded with an all-metal heat break, allowing you to push the temperatures higher.

You can read more about the BIQU H2 extruder in my review, but as a quick spoiler – it’s totally worth the asking price.

I would buy the BIQU H2 extruder to install it on any kind of CoreXY printer where it’s crucial to have a low weight hotend assembly for fast printing.
But it would also work well for small format FDM printers with lighter heated beds, like the Ender 3, BIQU B1, Creality CR-6 SE and so on.

The BIQU H2 Extruder can be purchased from the following websites:

Currently, the BMG Wind from Mellow is one of my favorite direct drive extruders because it is relatively compact, it doesn’t weigh a lot and has great accuracy. Besides that, it’s also one of the cheapest variants currently available, so it’s a good purchase for any kind of 3D printer.

By now, the BMG Wind already has a bunch of printable mounting solutions which means that you can attach the Wind to most of the popular printers out there with ease. But double check first, before ordering one. I covered the BMG Wind in my review where I shared more information about it.

The BMG Wind Extruder can be purchased from the following websites:

The Trianglelabs Matrix has a big resemblance of the E3D Hemera. The heatsink has a different design, but otherwise it looks remarkably similar.

It’s cooled by a 4010 fan and it maintains compatibility with all the designs made for the Hemera. This will make the Trianglelab Matrix an easy upgrade because of the huge selection of mounts and fan ducts available.

The main difference between the Matrix and the Hemera is the use of a bi-metal heat break instead of the regular titanium heat break used on the Hemera. This makes the thermal performance a bit better while also requiring less airflow.

I previously reviewed the Trianglelabs Matrix and it performed really well. It’s one of the best direct drive extruders available right now, but it’s also one of the heaviest. Even so, don’t let the weight deter you from grabbing one if you like it.

I recommend getting the Trianglelabs Matrix for large format 3D printers who already have a quite heavy heatbed. For example, I would choose this for an Artillery Sidewinder X1, Genius, or a Creality CR-10.
You will be able to improve print quality without compromising on the maximum speed you can achieve with your printer.

The Trianglelab Matrix Extruder can be purchased from the following websites:

Another popular setup is pairing a BMG extruder with a V6 hotend. This setup takes a bit more space compared to a BMG Wind, but it works well.

This setup is mostly recommended if you already have one of the components. For example, you might have a printer which already uses a V6 hotend and you want to convert to direct drive without spending too much money.

Or, you might have a BMG extruder and a stock PTFE line hotend in a Bowden setup. Then you could order a V6 hotend with a bi-metal heat break and convert the printer to direct drive, while also achieving excellent thermal performance.

I would recommend this setup for larger format printers. Regular 3D printer can lose around 30 to 50mm of Z heigh volume, depending on the mount chosen. The Ortur Obsidian uses this setup and I had great results with it, but as you can see, it’s a bit taller than other solutions.

The BMG + V6 Hotend Extruder can be purchased from the following websites:

Unfortunately, I haven’t had the chance to test a Hemera extruder, but it should be quite close to the Trianglelabs Matrix extruder, or even better.

Previously, the Hemera was not available because of some manufacturing issues, but they just started selling it again, so I might give it a go soon.

Most of the reports I’ve read online about it were from people who said that the print performance of their printer improved significantly after upgrading, so even if I didn’t test it, I’d say it’s worth checking out.

The E3D Hemera can be purchased from the following websites:

If you haven’t heard about the Orbiter extruder, I don’t really blame you.
It’s an open-source extruder made by Robert Lorincz and it weighs only 140g which is quite impressive. This is because of the type of stepper motor used in its construction.

Even though the Orbiter extruder is probably the lightest extruder currently available, keep in mind that when you add the mount, fans and the hotend, weight might come close to other extruders available on the market. Besides that, the filament path will also be a bit longer compared to the BIQU H2 or Hemera/Matrix extruders.

Either way, the orbiter extruder looks interesting, and I’m considering ordering one because for around 50$, it could be a good open-source alternative. Just need to decide which is the lucky printer which will get it.

I would recommend getting the Orbiter extruder if you like tinkering with your printer and want to use a direct drive extruder which is open source.
It’s more compact than the regular BMG + V6 setup but can’t really say if it’s better or not.

The Orbiter Extruder can be purchased from the following websites:

For the Afterburner, you will need to source your own parts, but this might be interesting for some people.

I really like how the Voron Afterburner extruder looks like, and I might upgrade the BIQU B1 to this, because it’s not much different to an Ender 3.

The Helmet Extruder was first designed for the BLV MGN Cube but since its launch, it was ported for the Ender 3. The design files are available, and people can modify its design freely.

I have this extruder installed on my BLV MGN Cube and it’s quite nice. A bit bulky, but it looks really clean, and it performs well.

To build it, you will need a BMG extruder to disassemble and use some of the parts. You also need a well-calibrated 3D printer to accurately print the model.

The Micro Swiss direct drive extruder is also a popular solution for Creality users. With this extruder, you can convert your Creality printer to direct drive with a ~60$ investment. If you also want to upgrade the hotend, then it’s going to cost around 100$.

This extruder setup seems nice because it’s an easy drop-in replacement for Creality machines, and it has dual gears for better filament grip. Most of the people buy this direct drive extruder for Ender 3, Ender 5 and CR-10.

What I don’t really like about the Micro Swiss direct drive extruder is the long filament path to the nozzle. Besides that, it’s also quite tall which raises the center of gravity for the extruder, especially if we consider the added weight of the stock Creality Nema 17 stepper motor.

Overall, this direct drive extruder could be a good alternative for US residents who want to upgrade now, and don’t want to wait for other extruders to be delivered.

The Micro Swiss Direct Drive Extruder can be purchased from the following sites:

This BMG Mosquito hotend showed up just a few weeks ago on AliExpress. It’s basically an aluminum BMG extruder with a Mosquito clone hotend.

Unfortunately, the heat break is inside the aluminum housing, and because of that I’m guessing that the thermal performance is not that great. The ventilation holes are not wide enough for sufficient air to be pushed rough the fins.

I might be wrong, and I can’t say too much about its performance because I haven’t tested it yet, but if I do, I will make sure to update the article. Until then, I wouldn’t recommend getting one without checking out some reviews or some feedback from people who purchased it.

The BMG Mosquito Extruder can be purchased from the following sites:

The Bondtech LGX has just launched I haven’t had the chance to test it, but it looks nice and compact. The weight is ~219 grams, not including the hotend so it’s not lighter than the H2. What grabs my attention is the Copperhead heatblock with a bi-metallic heat break.

Slice Engineering partnered with Bondtech and this means that the Bondtech LGX will be sold with a bi-metallic heat break and a Copperhead heatblock (for some specific configuration). There are other alternative setups, like the LGX Upgrade Kit for Sidewinder X1, which costs an eyewatering 395$.

This one comes with a Magnum Mosquito Hotend, and all the required printed parts to do the upgrade, but is it worth it? We’ll see when some reviews will show up online. Unfortunately, the price tag makes it a hard purchase for me.

The Bondtech LGX can be purchased from the following websites:

Hopefully, this information helped you a bit finding your favorite direct drive extruder upgrade candidate. The content of this article is based on my tests and it’s my own opinion. If you have other views about these extruders, feel free to leave a comment. I’d love to see what opinion you have about them.

When looking for other upgrades for your 3D printer, make sure you also check out the Ultimate 3D Printer Upgrade Purchase Guide article where I cover various 3D printer hardware which can improve your printer.

If you have any questions, feel free to leave a comment, or join the 3DPrintBeginner Discord server where you can chat with other 3D printing enthusiasts. 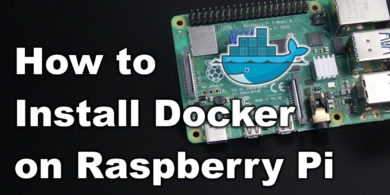 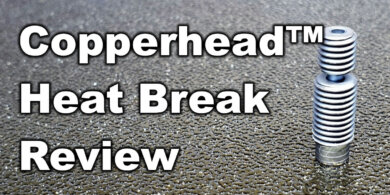 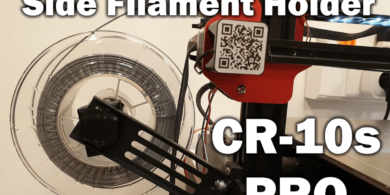 Side Filament Holder for CR-10S PRO 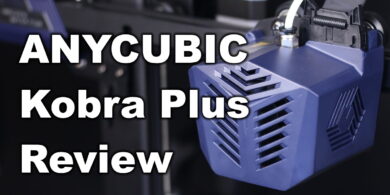