I previously reviewed the BIQU BX 3D printer which uses the BIQU H2 extruder. Because this is a new extruder, I thought it’s worth taking some time to do a separate article about the BIQU H2.

This new extruder will be available to purchase separately, so you can install it on any 3D printer.

The BIQU H2 extruder is the newest offering in terms of extruders from BIGTREETECH. It’s a compact and lightweight direct drive extruder which can print almost any kind of material reliably.

It has dual gears for good filament grip, and it’s rated for prints up to 260C while being upgradeable for up to 500C.

I don’t have a retail unit at hand to properly show the contents of the package, but here’s what you get:

Benefits of using the BIQU H2

The BIQU H2 extruder is called the “World’s Lightest Direct Extruder” and that statement is almost true. There are other direct drive extruders with a bit less weight but the H2 is nothing short of impressive.

With only 219 grams, it’s much lighter than other popular direct drive extruders like the E3D Hemera, Trianglelab Matrix Extruder, E3D Titan, etc.

The exact dimensions including the fan are 76.8mm*38mm*77.2mm. for technical drawings you can refer to the user manual.

The reduced weight is probably the most attractive feature for the BIQU H2 allowing it to be installed on Cartesian and CoreXY printers without having to reduce print speeds too much. It can even rival some bowden setups with heavy hotends in some cases when it comes to weight.

To help you get a better understanding of how small this extruder is, I took a few photos of the BIQU H2 next to some commonly used items.

To keep the weight low, an all-in-one design is needed. The BIQU H2 extruder has three sections: heatsink, stepper motor and the hotend.

The heatsink is made from anodized black aluminum with fins that look somewhat similar with the popular E3D Hemera and for proper cooling, a 4010 fan is used.

Airflow is great and the fins properly direct the airflow away from the printed model. It’s worth noting that the airflow is directed on the front side of the extruder.

The stepper motor used on the BIQU H2 is a NEMA 14. With the 7:1 gear ratio, it uses 932 steps/mm with 16 microsteps while being rated at 800mA. During printing, the stepper motor is just warm to the touch and there’s no sign of overheating.

The hotend is comprised of a smooth PTFE lined titanium alloy heat break with an aluminum heatblock and a brass nozzle. What’s interesting about the heat block is the design which is different from the regular V6 like solutions we get with other hotends.

It looks quite similar to the Dragonfly heat block and this is probably because it’s made by Phaetus. I don’t have a confirmation for that right now, but their logo is on the silicon sock so my guess could be right.

Having a small footprint translates into a short filament path with the BIQU H2 extruder. This is especially important when printing with flexible filaments for good print results.

Drawbacks of the BIQU H2

Depending on the filament, you can get up to 7.5 Kg of extrusion force which is half from the 15Kg the BMG Wind can do. This will only impact you if you have heavy spools of filament, but a regular 1Kg spool works without any kind of issues.

The heat break used in the BIQU H2 is PTFE lined (looks like Crapricorn PTFE tube) and that’s fine if you plan to print regular filaments like PLA, PETG, TPU, ABS and so on. If you don’t go over 235C-240C, it should be good.

But if you need to print filaments that need a higher temperature, then the PTFE tube will start to degrade and release harmful fumes which is bad.

All-metal heat breaks will be available in the future. In the user manual there’s information about possibility of upgrading it up to 500C. If we’re lucky, we might even get a bi-metal heat break which will increase the temperature performance of this extruder.

I disassembled the hotend and as you can see, the PTFE tube inside the heat break was cut just a bit too short. This allowed for some filament to get trapped between the nozzle and the heat break that made purging old filament a bit hard to do.

To fix this, I removed the stock PTFE tube and inserted a longer piece of PTFE tube, so it sits flush on the nozzle.

I previously reviewed the Trianglelab Matrix Extruder, which is quite a bit heavier than the BIQU H2. You can see the dimensions in the images below, but please keep in mind that the H2 has the BIQU BX mount installed which at a first glance can make it look bigger than it is.

Printing experience with the BIQU H2

I’ve used the BIQU H2 extruder with the BIQU BX and during my review period I printed all kinds of filament with it. I didn’t encounter any kind of issues with it and it performed really well.

I love how easy it is to load filament with the idler in the top and having the gear in the front to manually extrude some filament is helpful.

Test prints with the BIQU H2

To better asses the quality you can get with the BIQU H2, please check the BIQU BX review where I shared more print samples. Below, you can find three of the previously shared prints made with the BIQU H2 extruder.

All I can say is that the BIQU H2 performed well and I haven’t encountered any kind of issues during my time with it.

The Kuiil bust came out well, with a small defect on the right side of the jaw which probably needed a bit of support. The other overhangs printed well with no visible defects but having better cooling could definitely help.

I love printing with silk filament, so I used some Silk Copper filament to print this Lord of Darkness bust. The model was scaled close to the printer’s full build volume, and it’s a good test for overhang performance and retraction.

The Bathtub Boat was printed in PETG and it’s a good benchmark because it has a lot of small features which need an accurately calibrated machine to be printed properly.

Conclusions: Is the BIQU H2 worth it?

If you have a 3D printer which uses a bowden setup and want to upgrade to Direct Drive, the BIQU BX is worthy of your consideration. With its lightweight construction you will be able to print flexible filaments with ease without needing to add too much weight.

There are other direct drive extruders out there, like the BMG Wind or the Matrix Extruder but these are heavier and take a bit more space compared to the H2.

I can’t say that the BIQU H2 is “the best extruder” because it also has some drawbacks, and you should always consider what are your most common printing scenarios before making a purchase.

What I can say is that the BIQU H2 can be an excellent direct drive upgrade for any 3D printer and BIGTREETECH did a great job with it.

As mentioned, the tested BIQU H2 extruder is the one I got with the BIQU BX 3D printer. Today, I received the retail unit of the BIQU H2 and unfortunately, it seems to be worse.

In the images below, you can see that the gears are now lubricated with some grease, but at a closer look, I was able to detect small metallic flakes which came out from the gears.

This is how the BX unit looked like, out of the box:

I will install the retail version on a printer and do some tests, to see how the extruder will perform after a few hundred hours of printing. Right now, until the gears are fixed, it’s a bit hard to recommend the H2 considering the ~100$ price tag.

I will install the retail version on a printer and do some tests, to see how the extruder will perform after a few hundred hours of printing. Right now, until the gears are fixed, it’s a bit hard to recommend the H2 considering the ~100$ price tag.

Later update: I installed the BIQU H2 on the Ender 6 and ran it for about 60 hours with no issues. The extruder performed just as well as the unit I have on the BIQU BX so I’m happy with it.

Where to buy the BIQU H2?

The BIQU H2 can be purchased from the following links:

Liked it? Take a second to support 3DPrintBeginner on Patreon! 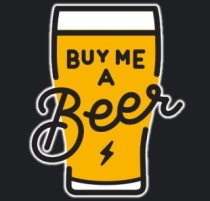