A few weeks ago, Trianglelab has released their new Dragon Hotend. This hotend takes features from multiple successful hotends like the E3D V6 and Mosquito Hotend and integrates them into a small and effective package.
I ordered one, and decided to install it on the Creality CR-10S PRO in a Direct Drive configuration.

The Dragon Hotend from Trianglelab is a drop in replacement for the E3D V6 making the upgrade process really easy. It has increased structural rigidity and improved thermal performance.

Instead of using the traditional V6 heatbreak design, the Dragon Hotend takes some inspiration from the Mosquito Hotend design. It uses 4 stainless steel tubes to connect the heatblock to the heatsink. By doing this, the thermal transfer is lowered and one handed nozzle changes are now a possibility, although some modifications are needed for reliable changes. Due to the rounded mount if the mount is not tightened properly, the hotend can spin.

The heatblock used on the Dragon Hotend is made from plated copper, and it includes a 0.4 mm V6 plated copper nozzle.
I ordered the high flow version, which heats the filament on a longer path. This can be compared with a regular volcano hotend.

The heatbreak on the Dragon Hotend is made from stainless steel and it includes a copper heatsink, similar to the the NF Crazy Hotend i reviewed a while back. It does not have the same performance as the original titanium Mosquito Hotend, but it’s really close. When heated to 280C, the temperature inside the heatbreak is just over 43C in my setup. The performance is really good and this should make heat creep a thing of the past

In order to have more accurate filament control, i decided to change my Creality CR-10S PRO from a bowden setup to direct drive. I used the translucent BMG Extruder from Mellow and the Dragon Hotend.
The mount made by Greg191134 from Thingiverse was printed on my BLV Cube with transparent PETG.

Print samples with the Dragon Hotend

As usual, my first print was a benchy. This was printed in Devil Design Gold PLA, 195C, 0.15 layer height, 60mm/s and 0.5 mm retraction.
I used lower temperature for the PLA because of the extended heating section of the high-flow version, and even with a low value of 0.5 mm for retraction you can see that there’s virtually no stringing.
Overhangs are great and layers are properly aligned.

In the end, I did a test print of the Woman Body from MyMiniFactory in vase mode using the same Devil Design Gray PLA, 195C, 0.13 layer height, 35mm/s and 0.65 layer line. This print has virtually no issues and it’s one of the best prints I ever did with the CR-10S PRO direct drive setup.

With it’s all metal construction, excellent heatbreak performance and V6 compatibility, the Dragon Hotend from Trianglelab is one of the best hotends you can buy right now. Currently, the hotend is available for ~67$ on Trianglelab store.
It’s not cheap, but considering that you get a Mosquito Hotend in the same body as a V6, I’d say it’s a good investment and a worthy upgrade for any printer. 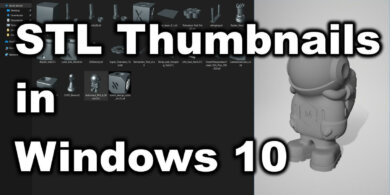 How to Enable STL Thumbnails in Windows 10? 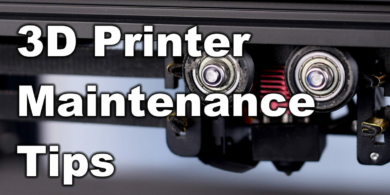 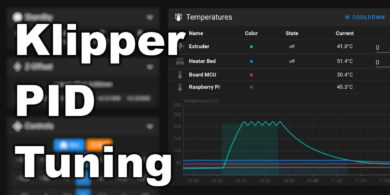