You know that I love the X1 line of printers from Bambu Lab, but my heatbed signal cable got broken after a few hundred hours of printing, and it displayed an error related to the force sensor. Besides that, there was also a heatbed homing abnormal message telling me that there was a bulge on the heatbed, but the problem is actually related to the 6-pin heatbed signal cable which connects the heatbed leveling sensors to the main board.

So I got a replacement heatbed cable, and I proceeded with the replacement of the cable following their detailed guide on how to do it. While the guide is very detailed, I believe that the process is a bit more complex than it should be, probably because they want to keep the stock printer parts untouched.

I am lazy and my spare time is limited. I wanted to see if there’s a simpler way to do it, that doesn’t require me to spend too much time fixing this, so I found an easier method of replacing the heatbed cable on the Bambu Lab X1 and I will share it with you.

Please note that this is an unofficial guide on how to replace the heatbed signal cable of the Bambu Lab X1. Even though this process is easier, I still recommend you follow the official documentation for this.

The process described in this article is only shared as an informative post and you should always follow the instructions received from the manufacturer. Following this can lead to losing the warranty of your printer.

Read the full guide carefully and perform the heatbed cable replacement only after you properly understood all the steps involved.

If you have questions before starting, leave a comment and wait for a reply. I am not responsible for any damage you may cause to your printer by following this guide.

You are doing this on your own responsibility.

As mentioned before, this extra time required to replace this comer originates from the small slot trough where the cables need to be routed. The signal cable issue is probably generated by the repeated strain of the heatbed cable during the Z-axis movement of the heatbed. Due to the sharp bends in the cable, the internal wire can break and we’re left with a printer that requires a bit of love.

The Bambu Lab wiki article shows the process of replacing the signal cable on the X1 by removing all the heatbed cables, probably to allow the 6-pin cable connector to fit through the plastic routing which is very difficult or impossible to do without removing the other cables due to the very small space for it.

My solution to make the process easier and faster is to cut a small plastic tab on the plastic Z-axis bracket where the wires are routed through, to make the insertion of the cable less annoying. Cutting a small piece of the plastic bracket will allow you to easily remove the 6-pin heatbed cable of the Bambu Lab X1, and perform the repair faster.

How to replace the signal cable on Bambu Lab X1?

Remove the back panel

The first step in this process is to remove the back panel of the printer. This is a very easy process and can be done by removing all the screws from the back.

Make sure that you also disconnect the small plastic tab that’s holding in place the heatbed cables. You just need to squeeze it a bit then pull and it will release.

It’s time to remove the heatbed from the Z-axis mounts. First, remove the three pairs of screws holding the entire heatbed module onto the printer.

After doing this, flip the bed, and remove the three heatbed knobs holding the heatbed attached to the metallic bracket. Don’t forget to disconnect the small wire of the thermistor as shown in the image. It’s held in place by glue, so don’t pull on the wire as you might damage it. Gently pull it our by grabbing the connector.

Next, flip the metallic bracket and it will reveal a few small boards that connect the heatbed sensors, and one of them is also the one holding one of the ends of the 6-pin cable, as shown in the image.

We need to remove the 6-pin heatbed cable from the top board. The connector is also held in place by glue, so gently remove some of the glue before pulling it out, to avoid damaging the connector.
The glue can be softened a bit with a hairdryer, so try that if needed.

As you can see, the space where the 6-pin cable connector should be pulled through is quite small, so it’s time to cut the small plastic bracket. The main objective is to do a small cut large enough so we can fit the flat cable trough, but still have the rest of the plastic leftover to hold the wires in place.
I was able to easily cut the plastic bracket with flush cutters.

First, move all the wires and hold them in place to the left side of the bracket as shown in the picture, then cut the small plastic tab as close as possible to the right side.

Finally, cut another piece of the plastic tab. The end result should look like this:

Remove the 6-pin signal cable of the Bambu Lab X1

Now that the plastic heatbed support is cut, you can easily remove the flat 6-pin cable and you only need to pull it through the other hole in the back. This is much easier and doesn’t require any cutting, as you just need to move the wires to the side and then carefully fit the connector through the hole to complete the removal.

On the back side of the printer, we can now remove the other end of the 6-pin heatbed cable of the Bambu Lab X1. Just like you did on the small board under the heatbed, gently remove the cable connector and heat it up with a hairdryer if needed, to soften the glue.

Next, carefully remove the tape holding the wire mesh over the heatbed cables. Make sure you don’t discard this tape as it will be used in a future step.

With the tape removed, you will be able to pull the entire cable out of the mesh, and now we can move to installing the new cable which will be almost the entire process we did until now, but in reverse.

Install the new cable and route it to the back

Now it’s time to install the new cable. Start by connecting one of the ends of the cable to the small board underneath the heatbed. I strongly recommend using some tape as a strain relief to cover part of the cable to ensure it’s held in place and doesn’t vibrate away during use. You can add a bit of double-sided tape if you want.
It’s also important to route the cable through the heatbed cutout as shown in the image so that you can easily align it in the next step.

Flip the heatbed bracket over, and re-install the three heatbed leveling knobs, and the heatbed thermistor, then put the heatbed back on the plastic heatbed supports.

Before securing the heatbed with the 6 screws, make sure to insert the cable trought the heatbed support so it reaches the back side of the printer. It will be easier if the heatbed is not secured in place.

When you route the 6-pin cable to the back of the heatbed holder, ensure that you follow the same path the old cable was routed through and that it is flat and doesn’t have any strain or bends in it. In the end, the section at the back of the printer will look like this:

Next, route the wire again through the wire mesh, and use the tape we previously removed to secure it in place, as shown in the picture. Also, remember to pass the wire through the clip that gets attached to the purge chute.

Install the wire clip on the back of the purge chute, then re-attach the purge chute back in its place with the two screws. Don’t overtighten the screws as you can easily damage the plastic. Just tighten them so that the chute is firmly held in place.

Finally, re-install the 6-pin connector on the board, and do a bit of wire management with the included self-adhesive bracket to ensure that it doesn’t move and get disconnected during use.

Congratulations. The heatbed cable of the Bambu Lab X1 is now replaced, and you can re-install the back panel. Take note that there are a few plastic screws that need to be re-installed (9, 11, 13) so don’t overtighten them, to avoid damage, just like you did on the purge bucket.

After you have performed this heatbed cable replacement, the bed will not be correctly leveled and you will need to adjust it again, before calibration. I won’t go into the details as this wiki article from Bambu Lab explains it in detail and it’s very easy to do.

Don’t skip this step as it’s very important if you want to ensure good printing results.

After you perform the leveling process, you can start a full calibration of the printer, and if it’s completed successfully, you are good to go!

I hope this guide on how to replace the heatbed signal cable of the Bambu Lab X1 was useful to you. I believe that the entire process is much quicker and easier to do compared to the official guide, so I would love to hear from you if this worked or if I missed anything. 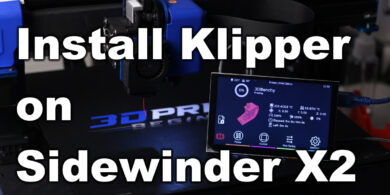 How to Install Klipper on Sidewinder X2: Config and Setup 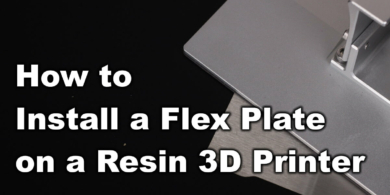 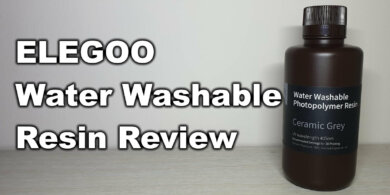 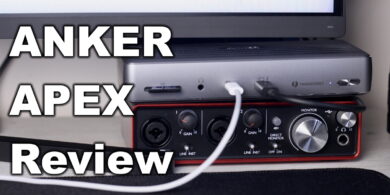