Before getting a Phrozen Sonic Mini for review, I mainly tested FDM printers and components. Cartesian printers like the Sidewinder X1 and CoreXY machines like the Sapphire Plus. These machines work great for bigger prints. But when it comes to printing smaller objects or detailed figures, FDM printers are not as good as resin printers.

The Sonic Mini comes in a padded box with ample amounts of packaging material. It should arrive safely and without any damage.

Most of the budget resin printers have similar specs. The Sonic Mini has a build size of 120 * 68 mm with a maximum height of 130 mm.
The LCD screen used is a monochrome 5.5 inch panel. This translates to much longer lifetime of the panel with up to 2000 hours of use. Compared to other screens which usually need to be replaced after 500 hours of use, the Phrozen Sonic Mini will require service less often.
Besides the long LCD life, the use of a monochrome panel in the Sonic Mini allows for faster print times.
Regular printers available in the market need around 7-8 seconds of curing time for each layer. The Sonic Mini can cure layers at a speed of ~2 seconds per layer which makes this printer one of the fastest printers available currently on the market.

A complete list of specs can be seen below:

The Sonic Mini does not take a lot of space. As you can see in the pictures below, the printer can fit the build-plate of the Sidewinder X1.
The cover is made from a single piece of injection-molded plastic that blocks UV light. It’s worth noting that the seal between the cover and the bottom of the printer is good. After a print is started the odor from resin can be hardly detected. Of course, this does not eliminate the need of having a good ventilated room when using the printer.

The Sonic Mini is controlled by using the front 2.8 inch touchscreen. The interface is really easy to use with clear action buttons making the Sonic Mini a beginner friendly machine. Sure, the screen is not the highest resolution, or the brightest. But considering you are using the screen for a few seconds on each print, for me it’s good enough.

During a print, each layer is shown on the screen. A 3D representation of the print is available when choosing the file, in the Print section.

In the package you also get a pair of rubber gloves, a funnel, a quality metal scraper and a USB drive containing a lot of useful information and some test models ready to be printed

Another feature of the Sonic Mini is the translucent plastic vat for the resin. Using this type of vat allows the user to easily see the level of resin.
To be honest, i can’t say this is a game changer and this modification was probably done in order to save on production cost and shipping weight.
I’ve seen some posts online where people were reporting the plastic vat developing cracks. I did not encounter this issue for now. I used the printer for around ~80 hours of printing and three types of resin. No issues yet.

Currently, Sonic Mini printers are coming with an aluminum vat that should fix this issue. This information was confirmed by a Phrozen representative.

Later edit: I received the Aluminum vat shown in the images above. It’s much better and there’s nothing to worry about this one.

The bottom part of the vat is metallic keeping the FEP film secure. Unfortunately, there was no spare FEP film in the packaging. Considering this is a consumable, having a spare would help a lot because this can be easily damaged if the printer is not used carefully.

When ordering the printer, i recommend getting a spare FEP film to allow you easy replacements if something happens.

The monochrome LCD screen used in the Sonic Mini is installed on the bottom and should be easily replaced. Phrozen provides some useful videos on the USB stick included in the box with instructions on how to replace the screen on the Sonic Mini.

A spare screen can be ordered from Phrozen for around 70$. It’s not the cheapest screen you can get compared to other printers, but considering this should last four times longer compared to regular screen i think the price is ok.

Considering the monochrome screen allows for really fast printing, I don’t mind paying a bit extra for this.

When getting the printer and using it for the first time, is recommended to level the build-plate to the LCD.
This is done by placing a piece of paper over the LCD screen then pressing the plate flat on it. Loosen the screws and with the plate pressed, carefully tighten the screws.

To be honest, the leveling process gave me a bit of trouble at first. I was not able to easily level the plate, requiring me to do the whole process a few times. I recommend having the screws from the build plate loose, and when tightening them, do it in a cross pattern. You know that the plate is level when it’s a bit hard to move the paper under the plate.

My first print on the Sonic Mini resin printer was a 3D benchy scaled to 50% size. I used the Phrozen Aqua-Green resin and the results are great.
It was printer at 50 micron layer height in ~90 minutes.

Next print was Hellboy from MyMiniFactory.
Printed with the same 50 micron layer height with Phrozen Aqua-Green resin. This was the first print where i used supports generated by Chitubox.
While the supports were not hard to remove, because of the settings I used there are small contact spots on the print which can be seen in the pictures below. Overall, a nice print.

Cthulhu from MyMiniFactory is the 3rd print i did on the Phrozen Sonic Mini. This time, i lowered the layer height to 30 microns.
The model was split in 6 parts and needed to be assembled after curing. Supports were added using Prusa Slicer and then sliced with Chitubox. I used super glue for holding the pieces together and then filled the joints with resin.
With the resin cured you can’t really see where the parts were glued together and this print is pretty much impeccable. Really happy with how it turned out.

I got some Anycubic Grey resin, and wanted to check if i can use the full size of the plate. So i downloaded the Drug Dealer model from Gumroad and placed all the parts on the build plate.
Prusa Slicer was used again for adding support because they are really easy to remove and the contact points don’t show up after removal.
The model was printed at 50%, with 30 micron layer height in around 6 hours. All parts were assembled using the same method as i used with Cthulhu.

Next print is Elena from MyMiniFactory made by Artisan Guild. When i sliced the file i thought i used a low amount of support and the print would fail. But everything printed great.
The print took 12 hours with a 30 micron layer height. Supports were really easy to remove and the print is almost flawless.
I printed it with the Anycubic Grey resin but unfortunately i dropped the figure and it shattered. So this is the reason i now use a mix with Siraya Tech Tenacious resin. More details below.

Another awesome miniature from Artisan Guild is Gino the Brewmaster available on MyMiniFactory. Printed with the same settings as the previous models in 9 hours.
It was printed upright and because of that, the base has a bit of elephant foot. Other than that, everything printed great.
For this figure i used a combination of the Anycubic Grey resin and Siraya Tech Tenacious to make the printed model less brittle.
I can totally recommend this combination for making the models more resistant to impact.

To improve your printing experience, i recommend you print the build plate holder from Thingiverse. This can be used after a print is finished, to drain all the resin from the build plate and the model.

Conclusions – Is the Sonic Mini worth buying ?

In the time i used the printer i didn’t encounter any kind of failure during printing. The only issue i had is with the Mimic model, but that was my fault. The layers shifted because i used a really small amount of supports.

The Phrozen Sonic Mini is a good budget resin printer. It offers the fastest print times currently available on the market and it’s beginner friendly. The price is comparable with other resin printers on the market. It’s not the cheapest but I can say it’s totally worth it because of the long LCD life and fast print times.

It’s a great choice for printing miniatures and jewelry in a small amount of time, without breaking the bank. If you buy the Sonic Mini, you will not be disappointed. I am really happy with it and it will be my main printer when it comes to printing miniatures.

Where to buy the Sonic Mini?

The Phrozen Sonic Mini was provided by Phrozen for the purpose of this review. While the article includes affiliate links, all opinions are my own. 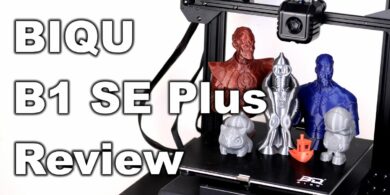 BIQU B1 SE PLUS Review: SKR 2 and ABL from Factory 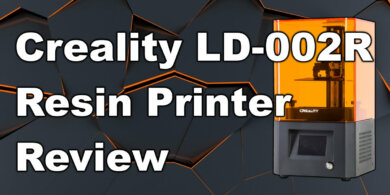 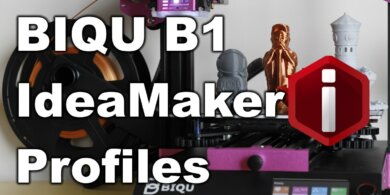 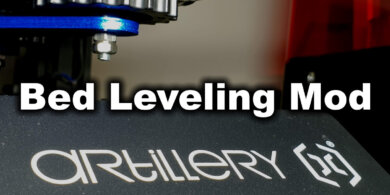