We all know that Raspberry Pi boards are hard to get right now, so the Mintion Beagle Camera is trying to be a solution for people that are looking for a way to easily remote control their printer. But the Beagle Camera is more than that, as it provides the added functionality of creating time-lapse videos during printing, a feature that many people look for when installing OctoPrint.

Of course, OctoPrint is quite versatile and you can install it on various other computers that run Linux, and even on a phone! But that might take a bit of work and understanding of how to do it. The Beagle Camera from Mintion is a turn-key solution that should be easy to use and set up.

In this article, we’ll go over the features of the Mintion Beagle Camera and see how it performs. Is it worth the asking price? We’ll find out in a few minutes.

The Mintion Beagle Camera comes in a white box with markings on the sides to tell you about its features and specs. Nothing out of the ordinary.

Inside the box, we get the Beagle Camera, a Micro USB cable to power the camera and a secondary cable for connecting to the printer. There’s also a 1A power adapter similar to what you would get with a mobile phone, and a pin that can be used for resetting the camera in case there’s a need for that

My review sample also came with a 32GB MicroSD card which is used for storing the time-lapse videos.

At first glance, the Beagle Camera looks like an ordinary IP surveillance camera, but at a closer look, you will notice that it somehow resembles a dog face. Or am I seeing things? Anyway, the camera design is fine.

It’s made from white plastic, and it had an adjustable stand. You can have the camera on a table or you can also attach the camera to the wall with the included mounting slots.

I am not very happy with how light the camera is, as it’s quite hard to put the camera in place and ensure it stays there, without securing it in some way. For example, I was printing the Nutcracker model using the CR-10 Smart Pro and I wanted to monitor the process using the Mintion Beagle Camera but the small vibrations caused by the printer were enough to move the camera out of place.

Even the power wire can have enough pulling force to change the camera position if it’s not properly secured, so I am not sure if it’s possible to use it without strapping it to the desk. Maybe a silicone base would have made the camera more stable.

Mintion is telling us that the camera is plug-and-play, and I agree with them. The process of setting up the camera is straightforward and requires downloading the mobile phone app for iOS or Android and then going through a few easy-to-follow steps. It shouldn’t take more than 5 minutes to have the camera up and running if you have connected an IP cam in the past. If not, it might take a few tries until you figure out that you need to connect to the camera’s WiFi first to send the network credentials to the camera.

The Beagle Camera wouldn’t be a great option if the camera sensor is bad. But I am happy to say that it’s a pretty good sensor. If you have good lighting for the printer, the video quality is usable but don’t expect to get the same quality as from a dedicated camera and the video output to be similar to what popular YouTubers generate. It’s a repurposed IP cam, so if you keep your expectations in check, you shouldn’t be disappointed.

But I need to put a bit of emphasis on the “good lighting” part, because if you don’t have it, the night vision function will take over and the camera will automatically change to black and white.

I would like to have the option to disable this “feature” and control how and when I want the night vision to be on, but for now, this functionality is not available.

As previously mentioned, one of the main attractions of the Beagle Camera from Mintion is the possibility of creating usable time-lapse videos without having to mess with a complicated setup. And this is true.

When you connect the camera to the printer, you first need to select the type of printer you will be using. This can be considered a profile that automatically sets the bed size of the printer so that the print head can move out of the way when a photo needs to be taken.

A few popular printers like the Ender 3 and Artillery Sidewinder are available in the app, and I hope other machines will be added over time. The Anycubic Kobra Plus I used for this test was not available, so I manually added the printer by specifying a name, and the build volume.

It wouldn’t be fair to compare the Beagle Camera with OctoPrint if the web functionality would not be present. But it’s here, and we have a few basic controls at our disposal for heating up the hotend and heatbed, extruder control, and XYZ axis control. There’s also a live feed of the camera.

Don’t expect to have the possibility of installing plugins, as this is not the case with the Beagle Camera. The functionality you get is similar to what you get with a basic OctoPrint installation, but can’t be compared with OctoPrint and a bunch of plugins installed.

It took a bit of fiddling around to find out the IP of the Beagle Camera to access the web interface, as it is not displayed in the app. So you would need to either scan your network for the IP, or check inside the router’s DHCP list to find it. Pinging the ipcam hostname should also give you the IP or the camera.

I also need to mention that the Web interface is not available outside of your home network if you don’t use a VPN, or if you don’t forward a port in your firewall which is not something I would advise doing.

For controlling the camera remotely, the Beagleprint app can be used, and it’s available for iOS and Android. After you create an account and link your camera, the app will work inside the home network, and outside of it.

The first time-lapse I did with the Anycubic Kobra Plus was a failure, and for some reason the print stopped close to the finish. So I waited for another firmware upgrade before trying again.

When the new firmware was released, I sliced some files and tried again. This time, with the Tronxy CRUX 1 which is a smaller format 3D printer. As you can see, the second try was completed successfully, but I haven’t considered the position of the object, so the video is out of focus.

My third try was better, but I can’t say I’m happy with the camera quality. There are some compression artifacts present, and as you can see, there’s not a lot of detail without dedicated lighting. So keep this in mind if you want to buy one – light is very important.

Conclusions: Is the Mintion Beagle Camera worth it?

Right now, the price for the Mintion Beagle Camera is ~70 USD which is comparable to a Raspberry Pi and a dedicated webcam if the chip shortage wouldn’t be a thing. But right now, a Pi 4 is priced much higher than this making the Beagle Camera more attractive.

The time-lapse feature is nice to have, but it requires dedicated lighting for usable results. Still, if you don’t necessarily buy the Beagle Camera for its time-lapse functionality, and you mostly want it for remote control of the printer and to have a live stream to check up on the print, then I think it’s a decent option.

Honestly, I am not in the target audience for this camera, as I don’t really care about time-lapses and remote control for the printer. My “remote setup” is usually composed of a Wyze Cam and a smart plug which I purchased in the past, but if you add up the cost, you get close to the price of the Beagle Camera so I can’t say it’s a bad deal.

Overall, if you are not a 3D printing enthusiast and just want easy remote control of the printer, then I think you will be pretty happy with the Beagle Camera.

Where to buy the Mintion Beagle Camera?

The Mintion Beagle Camera can be purchased from the following sites:
Amazon
Mintion

The Mintion Beagle Camera was provided free of charge by Mintion for the purpose of this review. While the article includes affiliate links, all opinions are my own. Nobody reviewed the article before it was posted, following the Review Guidelines. 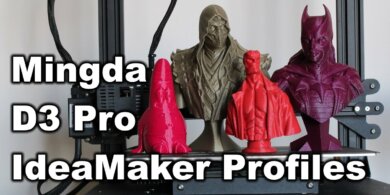 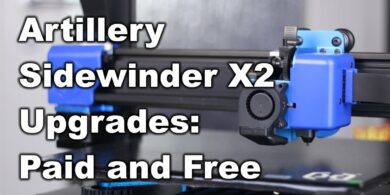 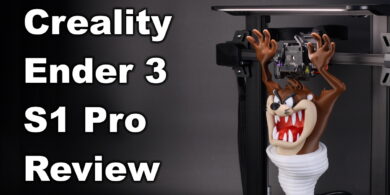 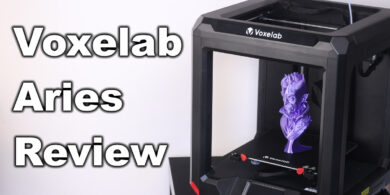 Voxelab Aries Review: A Worthy Upgrade for the Aquila?